Food Over The Years –

Throughout history, we have seen how food has been through years of evolution, exploring newer terrains as human beings started to move from place to place. The discovery of fire about 2.5 million years ago changed the course of history in the way food was prepared, consumed and shared which changed the course of humanity drastically. In the years that followed right from prehistoric times into the neolithic period, to the period between 4000 – 1000 B.C.E. and the centuries after, there were several discoveries in terms of food.

There was a slow and evolutionary transition and shift in the food chain as the consumption of nuts and berries shifted to the consumption of heavier foods like meats and fish. Later on, we see that it further evolved through the discovery of flour, with the earliest evidence of the usage of flour being leavened bread in Egypt, followed by the arguable discovery of domesticated rice in Korea and of rice cultivation in China. Today, researchers have found that all forms of rice (especially Asian rice) are figments and offshoots of a single domestication that took place in China over 13,000 years ago. By 4000 BCE, we began to use dairy and dairy products, and the room for innovation in food was thrown wide open. Further experiments and cross-inventions paved the way for newer foods like pizzas, pastas, cheese, alcoholic and non-alcoholic beverages, oils and butters to many more variations and combinations.

As we stopped moving from place to place, mothers started to stay at home to care and nurse for their children, while the male members of communities would go out and hunt for food. The food that was brought home would be cooked by women, and slowly, over the years, cooking evolved to become a gendered space with cooking being treated as a key chore in the gendered identity of women. 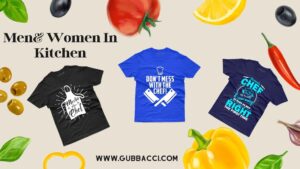 The Kitchen, Gender & Beyond –

As times have changed, women all over the world are reclaiming gendered spaces by rising above the notion that a woman’s worth lies in her ability to care for a home. Women are occupying spaces that were once denied to them, and throwing open the idea that men can own kitchen spaces too and that since cooking has no gender, it should not be treated as a gendered space.

In today’s times, women are rightfully challenging the notion that the kitchen is a mark or indicator of a woman’s femininity, that domestic chores and labor are a mark of unconditional love. Several women have lived their lives, dreams, and hopes in the gendered space that is a kitchen, and have silently carried burdens that were not theirs to carry. This does not mean that men have not helped or cooked in the kitchen, but that the kitchen was wrongfully and restrictively considered a woman’s corner. If a man occupies a kitchen space, he is praised and applauded, and his work is even labeled as art. However, for a woman, this is not the case. While the woman has been appreciated for her cooking by some, and undervalued by others, her cooking is still considered a duty and she will always be labeled a “cook” while men occupy the same space with the specific tag of “chef”. In simple words, when a woman cooks, she does so because she is expected to do so as part of her “womanly” identity even if she does not have any interest in it, but when a man cooks, it is because he wishes to. The narrative is changing for the better as home kitchens broaden their scope in terms of design to include men and domestic chores demand more involvement from men.

Even though we are challenging gender roles in society today, there’s still a glaring gap in the opportunities provided to women and men when it comes to pursuing a career as a professional chef. Public kitchens and open kitchens are designed to be more male-friendly rather than female friendly, and while demands are being made for more representation for women, the gap still persists. Right from changing the spatial arrangement and architecture of kitchen spaces to make it more open and accessible, to breaking down the social and economic structures that govern the kitchen today, we still have a long way to go.

Apart from reasons of gender, cooking is said to be one of the most therapeutic forms of healing and deserves equal recognition. When the food we eat has the power to heal us, it only makes sense that it breaks away from being a gendered space to become accessible to all, devoid of gender. The best and quickest way to bring about that healing is to participate in every step of its preparation with utmost awareness and mindfulness. 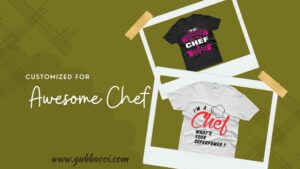 Cooking With Intention is a Holistic Experience –

By building a relationship with the ingredients that go into our food, the process of cooking becomes a lot more enjoyable, thorough, calming, soothing and allows one the peace of mind and space to think and exist symbiotically and wholly.

Food is a wholesome chapter right from the way we sense it with our touch, sight, ears, nose and tongue. When we touch our food through the various stages of preparation, we build a connectedness with the food we eat and that translates to life in our bodies. When we handle our food with our hands we build trust in that food, and when we eat with our hands our bodies release essential digestive juices and enzymes that nourish the food. Our senses pass on messages to our brain right from the temperature of the food, the smell, the spiciness, the texture, the consistency and the overall trust and desirability of the food before us, preparing our bodies for digestion. Touch is not the only influence; in fact, when we eat, we are also listening to the sounds around us right from the sounds of the crackling of oil to the crispness of chips or the clanking of vessels, each relay key signals to the body. Certain sounds and smells stimulate us or take us back to a certain memory, adding and enriching the overall experience of a meal. 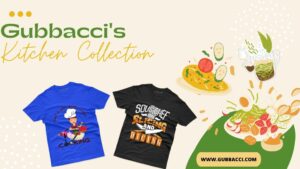 Growing Your Own Food –

In today’s day and age, growing your own food is a dream that is easier dreamed than achieved. However, there are still little ways in which we can be more mindful and involved with the food we eat. One of the best ways to do this is to make mindful use of space and convert vacant spaces into mini vegetable gardens. Using the reuse rule means you get to reuse plastic containers and throwaways and convert them into beautiful plant holders. You may not be able to grow all your food, but even a little could go a long way. When we grow our own, we are invested in the nourishment of the plant and that makes the entire experience of growing, nurturing and cooking a healing experience.

Food as Nourishment for The Body And Soul –

When we cook mindfully, we restore balance into our diet as we listen to our bodies more intently to give it exactly what it needs. Our bodies have the innate ability to speak to us if only we are mindful enough to pay attention. It is important to truly know and understand the food we eat. To know the ways in which they can be cooked to retain most nutrients, to know what minerals fortify it, as well as the various cooking practices that could minimize wastage. 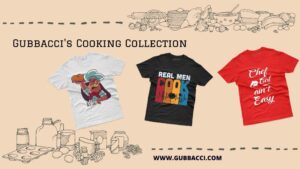 It is important to remember that the food that goes into our bodies also affects the way we feel, think, react and exist. When we start to eat healthier foods and reduce unhealthy fats and food, our bodies start to feel different and healthier. Treating and consuming food as nourishment for the soul allows it to become soul food, leaving you feeling healthier both mentally and physically.

It’s time to challenge the notion that food is the key to a man’s heart and embrace the wider possibility of food being the key to nourish us all the same; and nourish not just our souls, but also the life around us. As we eat mindfully, we find that less is more, thereby reducing mindless wastage and ensuring there’s enough food going around for, not just humans, but all living beings.

Cooking is a collective and sacred practice, and with practice, we can become more intentional every step of the way, approaching food with genuine connectedness and gratitude.

If you enjoyed the read, you may also find our Chefs Collection of t-shirts to your liking. Styled for comfort, our t-shirts are long-lasting and act as mood-boosters as you flaunt your passion for cooking on your sleeve. 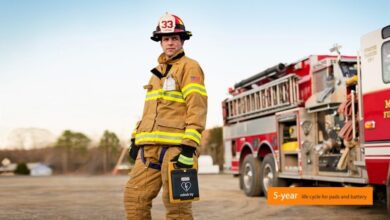 What Needs to Be Considered in Using AED? 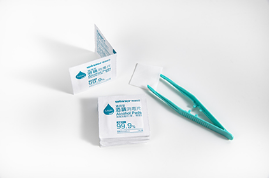